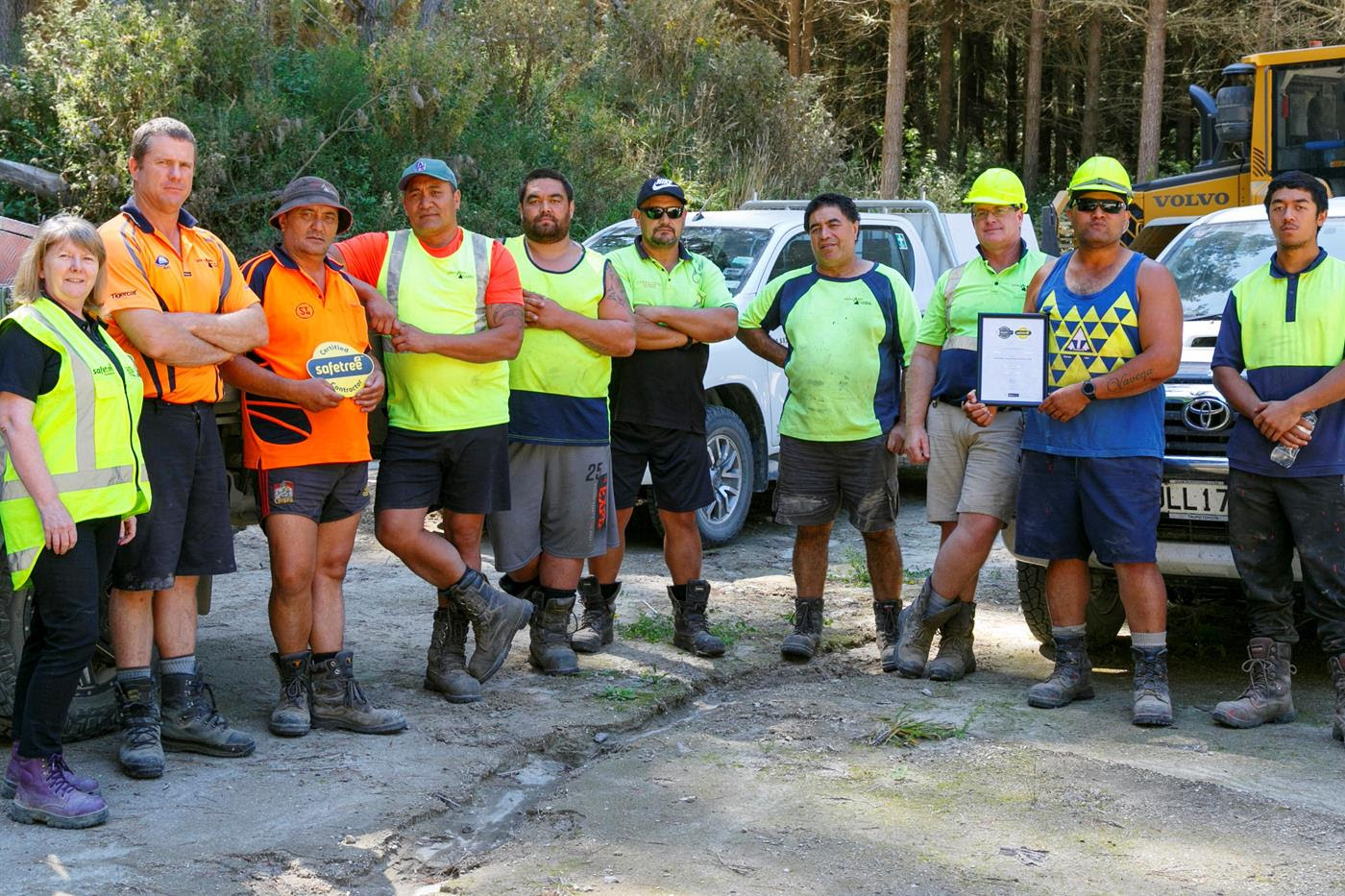 Two steps forward, one step back

Last Thursday I had the pleasure of presenting a certificate to the 100th forestry crew to achieve Safetree Contractor Certification. It was great to be acknowledging this achievement by Taupo-based Volcanic Plateau Logging (pictured above), along with the fact that so many other contractors have chosen to become certified.

However, I was aware that the Gisborne forestry community would be having a very different day – mourning the death of a young breaker-out and father killed at a forestry block near Tolaga Bay the day before. This was the first fatality of 2019, and my sympathies are with the man’s family, friends and crewmates.

For me these two events are a reminder that, despite the very positive progress made in forestry over the last four years, we’ve still got more work to do to ensure this is an industry where people don’t get killed on the job.

I believe that a big contributor to making that change will be ensuring that workers have a greater voice in health and safety. This is something Safetree and the Forest Industry Safety Council will be focusing on in 2019.

Worker involvement is essential to create a safe, healthy worksite. With that in mind, last year we set up a Worker Engagement, Participation and Representation (WEPR) technical action group. This group has already begun making suggestions for how we could get workers more actively involved in health and safety.

This year we will also set up a tree-felling group made up of experienced fallers who can share their expertise with others. I’m very keen to get more people involved in this work. So if you, or someone you know, can help please get in touch with me.

FISC and FICA are running a series of workshops for crew owners, managers and foremen on contractor certification. There will also be a session on leadership and improving tailgate meetings. Thanks to EWC for hosting the first one in Gisborne. The others are running in Nelson, Whangarei, Palmerston North, Balclutha, Rotorua and Masterton.

See more or register to attend

The latest How are we tracking? dashboard for December 2018 shows that 711 people have been involved in the Growing our Safety Culture programme and 234 workers had been certified. However, six workers were killed during the year.

More than 100 people have already registered to attend the first Safetree conference in Christchurch on March 13/14. Guest speaker will be Sir John Kirwan. Other speakers include safety culture expert Dr Hillary Bennett, Connetics CEO Jono Brent and Daniel Hummerdal from WorkSafe NZ. There will also be a trade stand and workshops on running a ‘lean’ business and leading tailgate meetings.

Taupo-based Volcanic Plateau Logging has become the 100th forestry contractor to be awarded Safetree Contractor Certification. The crew were presented with their certificate last week.

Volcanic Plateau Logging director Steve Yeoman says he and his eight-man crew are pleased with the achievement. “We take a lot of pride in our work. So, it’s great to have our good work practices officially recognised by the industry.”

Steve (second from the left in the photo above) has a second crew with his brother Vincent, Volcanic Plateau Harvesting, which was the 101st to become certified. The Volcanic Plateau crews work for forest owner Timberlands, which contributed to the cost of them getting certified.

Steve says the process of getting certified was pretty straightforward. “It’s quite user-friendly. We’re already pretty focused on safety because that’s just part of running a good business. But the audit was an opportunity to have an independent person look at what we are doing and confirm that it is good practice.”