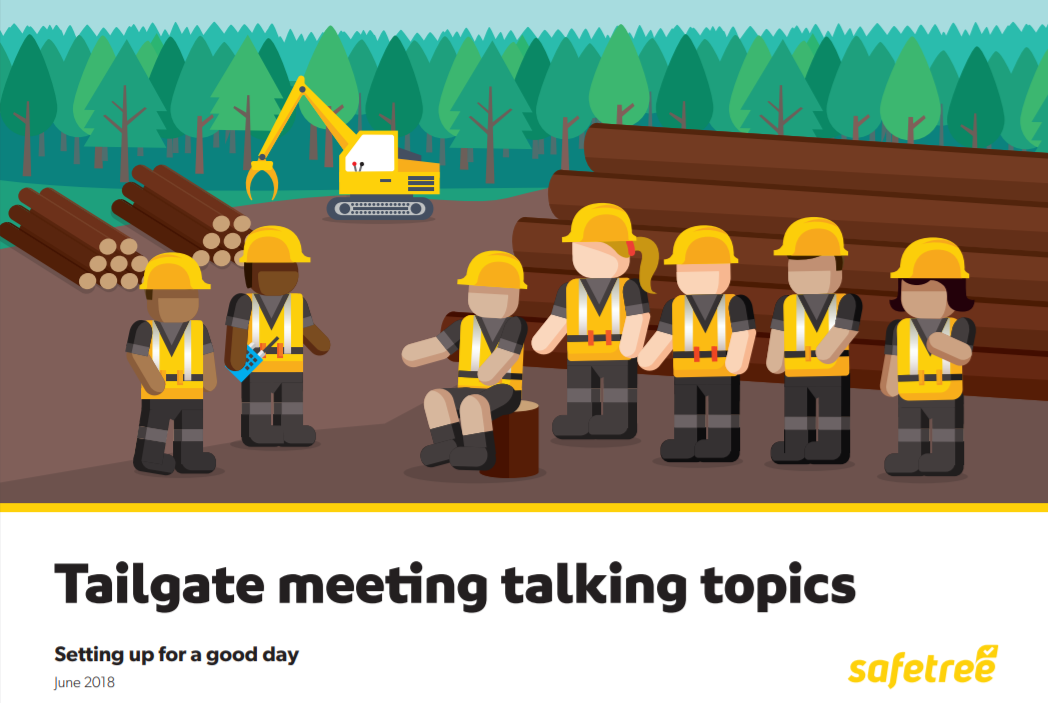 Good days happen in the forest when the job is well-planned, everyone knows what’s happening and they have what they need to do the job right.

With that in mind, Safetree has created some tailgate meeting topic cards to help crews set up for a good day.

The cards are designed so foremen can pick a topic that’s relevant to the day’s work and discuss it with the crew. The idea is to get the crew talking and planning, so they can identify potential problems and how to deal with them before the work gets disrupted or someone gets hurt.

You can download the cards or email us and we’ll send you some packs of them that are made of durable paper. We’ve got a set for every crew in the country, so you can order one for every crew in your business.

Thanks to ACC for funding the development and printing of these cards.

Email info@safetree.nz with the number of packs you want and your postal address. (Street addresses only – they come by courier so we can’t send to PO Box addresses.)

Nearly 200 people attended a talk by Dr Tom Mulholland on improving their health at Safetree workshops in Rotorua this month. Many signed up to use Dr Tom’s KYND app, which helps people monitor their physical and mental wellbeing. If you would like to get free access to the app email us for the code.

At the workshops we sought feedback and ideas from people on what Safetree should be focusing on. We’re going through this feedback now.

Email info@safetree.nz to get the code for the app. Numbers limited, first in, first served.

Our latest How Are We Tracking health and safety performance dashboard shows there has been a fall in injuries in the last quarter but a rise over the last year. It also shows there were 36 certified contractors at the end of June and 172 workers had achieved certification.

View the How Are We Tracking dashboard

The latest IRIS report for the three months from April to June 2018 is now on Safetree.

The report says the critical risk areas with the highest number of incidents were felling, followed by maintenance. There were six lost-time felling injuries resulting in a total 72 lost days. Only two injuries were the result of being cut by the chainsaw. The remainder were sustained from impact with sprung branches and sprains/strains due to lost footing.

There were two lost-time maintenance injuries resulting in a total 8 days lost. Both were due to falling from the machine being worked on. There were four lost-time loading/unloading incidents resulting in a total of 38 days lost – a driver got out of his cab and was stuck by a log and a driver fell when a hand hold broke while climbing the Hiab crane. Two other injuries occurred when working with the trailer drawbar – tripping while climbing over drawbar (shoulder injury) and falling over while pulling draw bar around (knee injury).

When it came to reporting of near-hits, the most common ‘log cartage’ near-hit incident was seven occasions where trucks or trailers slid off the road into the water table. The most common ‘log processing/skidwork’ near-hits were due to workers moving to a new position on the skid site without the knowledge of the machine operator.