Three Nelson men are leading the way to improving safety in forestry – once New Zealand’s most dangerous industry. 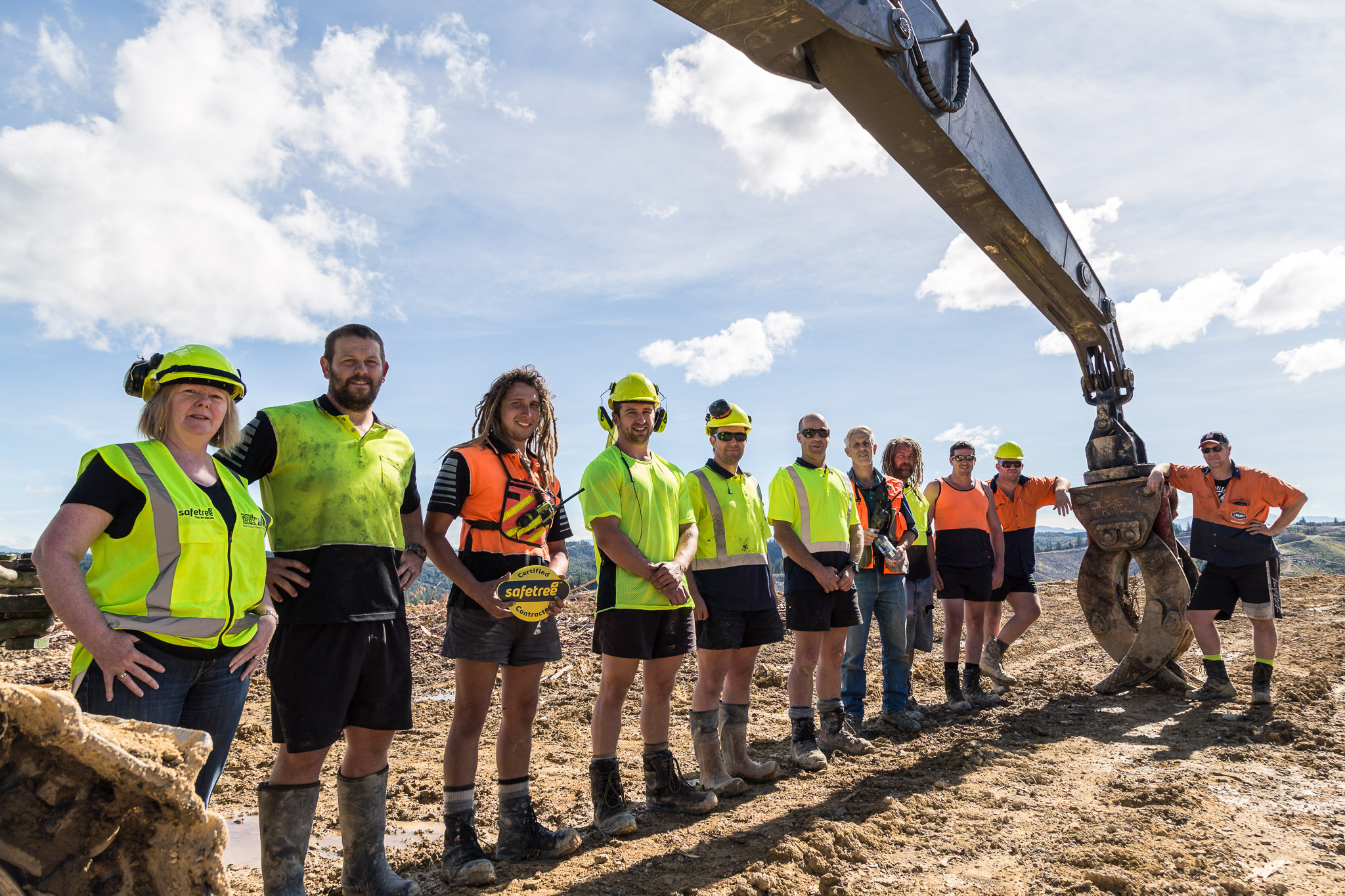 Their company, Mechanised Cable Harvesting Ltd, is the first in New Zealand to become a certified forestry contractor.
“That means it has an industry-wide stamp of approval for its safety practices,” says Fiona Ewing, National Safety Director of the Forest Industry Safety Council (FISC).
The company is run by Nelson locals Ross Wood, Hamish Matthews and Nathan Taylor.

“This is big step for forestry and is a sign of the industry’s growing professionalism,” Ewing says.
“Certification will help lift safety standards – which is good for contractors, for workers and for forest owners and managers,” she says.
Lifting standards is important because while safety has improved, forestry is still a high-risk job.
Seven forest workers died last year – the highest number since 2013, when forestry became New Zealand’s most deadly industry. Ten workers died that year, prompting the Independent Forestry Safety Review, which recommended creating certification schemes for contractors and workers.
Taylor says that becoming the first Safetree Certified Contractor was a great thing.
“What I like about this scheme is that it goes beyond the paperwork,” he says.
“It includes an on-site audit that looks at things like whether you’ve got a good crew culture. That’s important because your culture affects what happens on the ground every day – whether people take ownership and look after each other. It’s really important in making a good workplace.”
Taylor says the certification process wasn’t onerous and took less than a day and a half of his time.
“If you run a good operation you should be proactively doing all these things anyway.”

Mechanised Cable Harvesting was set up just over four years ago. The company uses machinery to harvest the trees, which is much safer than harvesting using chainsaws.
“Putting a guy in the cab of a machine is a lot safer than putting him in a hard-hat,” Taylor says.
Currently, its crew of nine men work for Tasman Pine Forests. But the company is setting up a second crew that will work for Nelson Forests.
Ewing says most contractors have to comply with safety standards set by forest owners and managers and pass safety audits. But until now there was no single certification system that applied across the industry.
“Safetree Contractor Certification provides that industry-wide recognition.”
More than 100 contractors have begun the certification process. About 130 workers have also been certified under the Safetree Professional Forest Worker scheme, established in 2016.
Both schemes were set up by FISC, in partnership with the industry. FISC also runs the Safetree.nz website, which provides tailor-made safety information to those working in forestry.